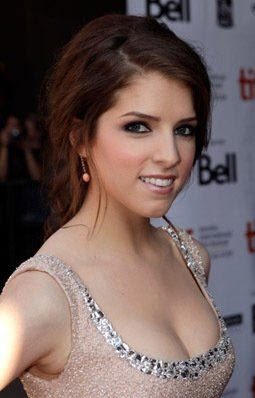 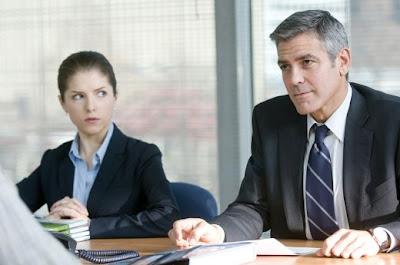 Anna Kendrick and George Clooney, 'Up in the Air'

The 21st Annual Palm Springs International Film Festival (PSIFF) will honor Anna Kendrick with the Rising Star Award for her performance in Up in the Air at the Festival’s annual Awards Gala. Festival chairman Harold Matzner made the announcement at a private event at the historic Charlie Chaplin home of Patricia Barry in Beverly Hills, CA hosted by Festival board member Stephen Breimer. The Awards Gala, presented by Cartier, will kick-off the 2010 Awards Season on Tuesday, January 5, 2010 at the Palm Springs Convention Center, and will be hosted by Entertainment Tonight’s Mary Hart. The Festival will be held January 5-18, 2010.

Commenting on the selection, Matzner said, "Anna Kendrick is an extremely gifted young actress. At age 12, she received a Tony Award nomination for Best Featured Actress in a Musical for her role as Dinah in High Society. Now in her mid-20s, she has gone from strength to strength with each succeeding screen role. Given her striking, multifaceted performance in Up in the Air, we are delighted to present her with the Festival's Rising Star Award." Past recipients of the Rising Star Award include Adam Beach, Jessica Biel, Dakota Fanning, Emile Hirsch, Bryce Dallas Howard, Terrence Howard and Scarlett Johansson.

Up in the Air is a dramatic comedy from Jason Reitman, the Oscar® nominated director of Juno. The film stars Oscar® winner George Clooney as Ryan Bingham, a corporate downsizing expert whose cherished life on the road is threatened by a young, upstart efficiency expert (Kendrick) just as he is on the cusp of reaching ten million frequent flyer miles. The film also stars Vera Farmiga and Jason Bateman. Paramount Pictures will release the film on December 4, 2009.

Actress Anna Kendrick notably starred in PictureHouse's Rocket Science directed by Jeffrey Blitz. Her performance as an ultra-competitive high school debate team member garnered critical acclaim and the film received a nomination for the Grand Jury Prize at the 2007 Sundance Film Festival. Anna was nominated for an Independent Spirit Award for Best Supporting Actress for her work in the film.

In 2008, Kendrick was seen in the blockbuster feature film Twilight. She will also star in the sequel, New Moon, which will be released to theatres nationwide on November 20, 2009. Currently, Kendrick is on location filming the third installment of the popular Twilight Saga, entitled Eclipse.

Kendrick made her feature film debut in Todd Graff's Camp, a darling of the 2003 Sundance Film Festival. Her performance in the cult hit earned her an Independent Spirit Award nomination as well as a Best Supporting Actress nomination at the Annual Chlotrudis Awards. Most recently, Kendrick wrapped production on the Universal film Scott Pilgrim vs. the World opposite Michael Cera.

An accomplished theater veteran, Kendrick began her career as Dinah Lord in the 1997 Broadway musical production of High Society for which she received a Tony® Award nomination as Best Featured Actress in a Musical. At 12 years old, the honor made her the second youngest Tony nominee in award history. Kendrick also garnered Drama League and Theatre World awards as well as Drama Desk and FANY award nominations. Kendrick's additional theater work includes a featured role with the New York City Opera's production of A Little Night Music, starring Jeremy Irons, My Favorite Broadway/The Leading Ladies: Live at Carnegie Hall, and Broadway workshops of Jane Eyre and The Little Princess.

Host Mary Hart arrives on the Red carpet of the 20th Anniversary Palm Springs International Film Festival (below) in an exquisite Rose Taft gown accented by a set of stunning Cartier jewels.

Celebrating its 21st anniversary PSIFF was founded in 1990 by then Mayor Sonny Bono. The festival, scheduled from January 5-18, 2010, will include over 400 screenings of more than 200 films from approximately 60 countries. The Festival presents a majority of the films submitted for consideration in the Best Foreign Language category for the Academy Awards, as well as a large number of American independent and international features and documentaries marking their world, North American or U.S. debuts. Screenings are held on 15 screens throughout Palm Springs.
The PSIFF 21st Annual Awards Gala is presented by Cartier and sponsored by Mercedes Benz and "Entertainment Tonight." Tickets for this Stellar Five Star Awards Gala are on sale now! 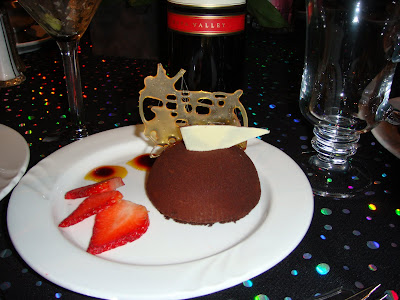