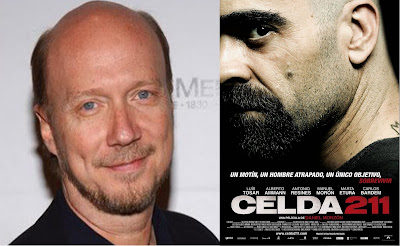 CBS Films is acquiring the remake rights to Daniel Monzon's Spanish language film "Celda 211" and has attached Paul Haggis (Crash) to write the script and possibly direct under his Highway 61 Films banner. The Americanized version will be titled Cell 211.
Plot: A newly hired prison guard wants to make a good impression on his bosses by coming in a day early to get a tour of the facility. Suddenly, a brutal prison riot breaks out and he is knocked unconscious. When he awakens, the guard is forced to assume the role of a prisoner alongside the most dangerous killers alive. He tries to defuse the uprising and escape before the prisoners realize who he really is.


The film is an action thriller that's been described as "Die Hard" in prison. The original was released last year and ended up winning Best Film, Best Director, Best Screenplay and five other awards at the Goya Awards (Spanish Oscars).

Posted by Schmoozequeen at 10:37 AM No comments: Links to this post 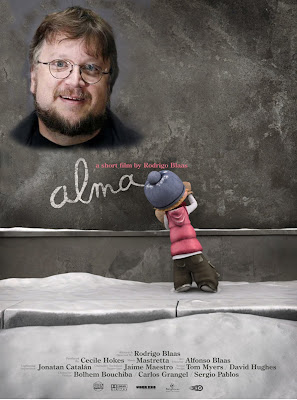 Guillermo del Toro has been getting involved with a number of animated films since signing a landmark deal with DreamWorks Animation last month.

DreamWorks is preparing to get creepy with a story about an ominous toy store and a little girl who gets sucked in by a rather familiar-looking doll.

Former Pixar animator Rodrigo Blaas is in negotiations for his directorial debut to bring his hot short film Alma about dolls and child-snatching into a full-length movie for DreamWorks Animation. Del Toro will godfather and executive produce the film.

Originally from Spain, Blaas has worked in animation for more than ten years, in Spain and in the United States. While hard at work on Pixar movies like Up, Wall-e, Ratatouille, Cars, The Incredibles, Finding Nemo, and Ice Age; animator Blaas decided to write and direct his own short called Alma his first short film as a director. This small passion project soon began winning awards like Best Animation at the L.A. Shorts Festival. 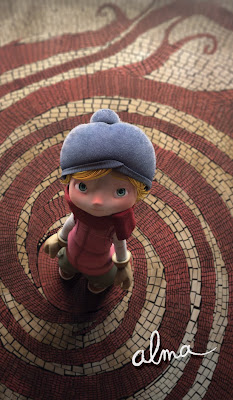 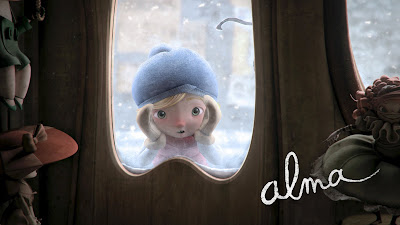 Synopsis
Alma tells the story of children facing the specter of dark forces. Alma, a little girl, skips through the snow covered streets of a small town. Her attention is caught by a strange doll in an antique toy shop window. Fascinated, Alma decides to enter.

According to the LA Times Blaas is also in negotiations to co-direct, Trollhunters, with Del Toro, a movie based on a young-adult novel written by Del Toro.

There are similarities between Alma and Troll Hunters: Both are fairy tales about good children interacting with, and possibly victimized by, creatures that exist just below the surface of the world we know. Both have a Pan's Labyrinth vibe.

Since moving over from Disney, Del Toro has come on as a consultant and executive producer on the Kung Fu Panda sequel as well as Puss in Boots. But Alma and Troll Hunters take Del Toro in a more characteristically dark direction.

* * *
Source: LA Times
Posted by Schmoozequeen at 4:57 AM No comments: Links to this post