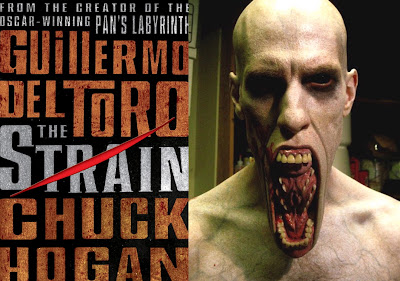 Acclaimed director Guillermo de Toro and his family are living in New Zealand for the production of The Hobbit. Tourism New Zealand has featured him in their latest promotional video which was filmed on location at Weta Cave Wellington, New Zealand.

Del Toro discusses shooting The Hobbit. He also talks about his fascination with monsters, his love of milk, his best selling novel The Strain, and the crazy messed up dreams he had as a child.

Posted by Schmoozequeen at 6:36 AM No comments: Links to this post 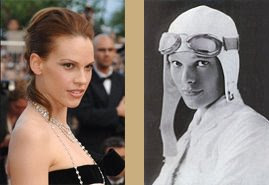 Amelia is a look at the life of legendary American pilot Amelia Earhart, who disappeared while flying over the Pacific Ocean in 1937 in an attempt to make a flight around the world. Story chronicles her rise to fame, marriage to publisher George Putnam (Gere) and passionate affair with Gene Vidal (McGregor), father of author Gore Vidal.

The movie is directed by Mira Nair (Vanity Fair) and is scheduled to appear in theaters on October 23rd.

Posted by Schmoozequeen at 8:26 AM No comments: Links to this post 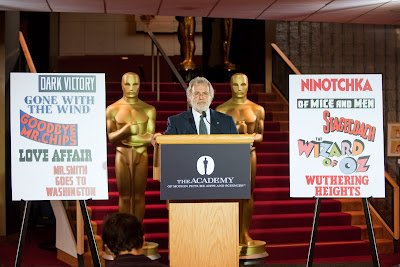 The 82nd Academy Awards, which will be presented on March 7, 2010, will have 10 feature films vying in the Best Picture category, Academy of Motion Picture Arts and Sciences President Sid Ganis announced today (June 24) at a press conference in Beverly Hills.

“After more than six decades, the Academy is returning to some of its earlier roots, when a wider field competed for the top award of the year,” said Ganis. “The final outcome, of course, will be the same – one Best Picture winner – but the race to the finish line will feature 10, not just five, great movies from 2009.”

For more than a decade during the Academy’s earlier years, the Best Picture category welcomed more than five films; for nine years there were 10 nominees. The 16th Academy Awards (1943) was the last year to include a field of that size; “Casablanca” was named Best Picture. (In 1931/32, there were eight nominees and in 1934 and 1935 there were 12 nominees.)

“Having 10 Best Picture nominees is going to allow Academy voters to recognize and include some of the fantastic movies that often show up in the other Oscar categories, but have been squeezed out of the race for the top prize,” commented Ganis. “I can’t wait to see what that list of ten looks like when the nominees are announced in February.”

The 82nd Academy Awards nominations will be announced on Tuesday, February 2. The Oscar® ceremony honoring films for 2009 will again take place at the Kodak Theatre at Hollywood & Highland Center® in Hollywood, and will be televised live by the ABC Television Network.

Posted by Schmoozequeen at 7:05 AM No comments: Links to this post 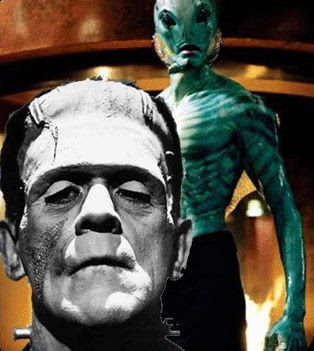 Multi-talented actor Doug Jones (Abe Sapien, Pale Man, The Faun) talks about his role in The Hobbit and Frankenstein.

"We have not had any conversations about what he [Guillermo del Toro] wants [for The Hobbit], but he's 'wink-wink, nudge-nudged' me a couple times with that 'Yeah, yeah, The Hobbit, yeah, we'll see you. I don't know what I'm doing or how many characters it will be, because he tends to like to use me the whole time depending."

"[Guillermo's] got a four-picture deal with Universal, so once he's done with The Hobbit, I think the first thing that's up on the docket will be Frankenstein. And reinvention is going to be the name of it, because he's going back to the Mary Shelley book and starting fresh with it." So this new Frankenstein isn't something we'll see until at least 2012 once the second Hobbit movie hits? Then why start work so early? "We are going to do some tests just to see, because he has five years to play with this. He's taking that luxury of time to make this absolutely perfect." This is his dream. He was inspired by Frankenstein when he was a kid. It was the monster that made him want to make monsters. So, because of that, it's been [a] lifelong [dream], and he wants to be perfect with him."

Jones goes on to clarify that this will not be like the famous lumbering Boris Karloff incarnation of the monster. Rather, it will be a slender, more skeletal type creature. Del Toro will be going back to basics, and pulling directly from the Mary Shelly novel. The monster will be based off of comic book legend Bernie Wrightson's artwork.

Guillermo del Toro has already told the press that Jones is his monster, though nothing is official yet.

Check out The Doug Jones Experience.

source: First Showing.net, ComicBookMovie.com
Posted by Schmoozequeen at 9:23 AM 2 comments: Links to this post 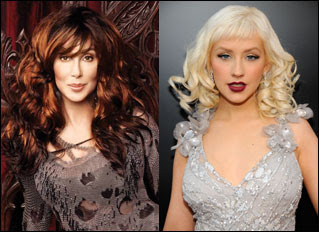 Legendary entertainer Cher has inked a deal to star alongside Christina Aguilera in the “Genie In A Bottle” star’s motion picture debut, Screen Gems’ musical Burlesque.

Aguilera will play an ambitious small-town Iowa girl with a big voice who comes of age in a neo-burlesque club on Sunset Boulevard that's run by Tess (Cher), a former dancer who struggles to keep the club open and gives the young girl a chance to shine. Cher will sing onscreen.

“She brings a soulfulness and gravitas to this character that will ground the story,” he tells the trade paper. “The only person who was more excited than I am is Christina,” Screen Gems President Clint Culpepper told the trade mag late Monday.

Burlesque will be the first movie appearance for Cher since her role in Tea with Mussolini in 1999.

Source: Variety.com
Posted by Schmoozequeen at 5:55 AM No comments: Links to this post 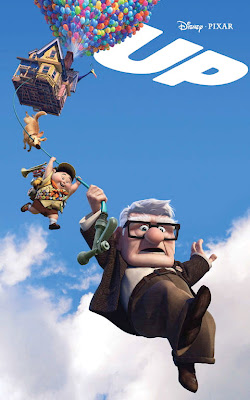 UP transported me to a magical place from my early childhood when my parents gifted me with my very first Uber-Deluxe Crayola Crayon box (36+). I thought I had died and gone to heaven. Watching UP in Disney Digital 3D brought back those memories of childhood bliss. UP's 3D experience let's you reach out and fluff those puffy clouds; hike through the fragrant, colorful, exotic South American rainforest; and admire Kevin's sumptuous rainbow colored feathers. Ah yes Kevin, the towering prehistoric tropical bird who boasts plumage so colorful even 'Priscilla, Queen of the Desert' would turn green with envy. Russell the Explorer thinks Kevin is a boy, but he turns out to be a girl. Surprise! Pixar is sending a subtle positive message to today's kids. Don't judge a package by its cover. A subtle, timely LGBT message to coincide with Prop 8? Perhaps. 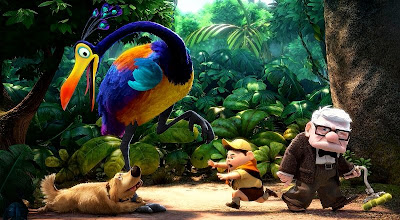 UP is a comedy-adventure about 78-year-old balloon salesman Carl Fredricksen, (Ed Azner) who finally fulfills his life dream of a great adventure when he ties thousands of balloons to his house and flies away to South America. Little does he know, his biggest nightmare has stowed away on the trip: an overly optimistic 8 year old Wilderness Explorer named Russell (Jordan Nagai). From the Academy Award-winning nominated direct Pete Doctor (Monsters, Inc) Disney Pixar's UP invites you on a hilarious journey into a lost world.

Pixar's characters are so real I completely lost myself in the movie and totally forgot it was animated. The story is told in two parts. The opening part is a touching and sweet romantic story where two children meet and create an adventurers club based on the exploits and adventures of their hero Charles Muntz (Christopher Plummer). Young Carl (Ed Azner) and Ellie (Elie Docter) fall in love, get married, dream of an adventure in Paradise Falls, South America (like their hero Muntz) and then share the disappointment of finding out they can't have children. They grow old together, Ellie passes away and leaves a tired old Carl Fredricksen behind. 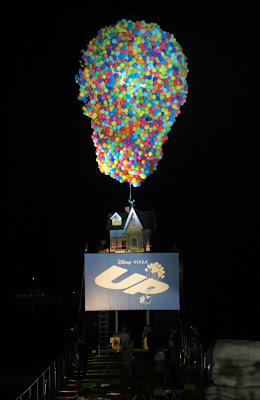 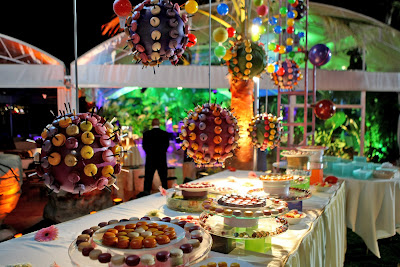 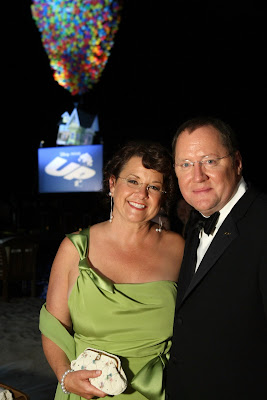 Posted by Schmoozequeen at 9:16 PM No comments: Links to this post