The Academy of Motion Picture Arts and Sciences’ “Monday Nights with Oscar®” series returns with a screening of “Funny Girl” (1968), starring Barbra Streisand, on Monday, November 15, at 7 p.m. at the Academy Theater at Lighthouse International in New York City. The series had been on hiatus for most of the year as the theater underwent major renovations.

Nominated for eight Academy Awards®, including Best Picture, “Funny Girl” is based on the hit 1964 Broadway musical. The film was directed by William Wyler from a screenplay by Isobel Lennart, who also wrote the Broadway book.

“Funny Girl” features an Oscar-nominated title song and score and such musical numbers as “Don’t Rain on My Parade,” “People,” and “My Man.” Streisand, reprising her onstage role as legendary Ziegfeld Follies comedienne Fanny Brice, gave a star-making performance that garnered her a Best Actress Oscar. The film co-stars Kay Medford in an Academy Award®-nominated performance, as well as Walter Pidgeon, Lee Allen, and Omar Sharif as Brice’s husband, troubled gambler Nick Arnstein.

This recently restored print from the Sony Pictures vaults displays the vibrant Technicolor cinematography of Oscar nominee Harry Stradling, as well as costumes by Irene Sharaff.

Tickets for “Funny Girl” are $5 for the general public and $3 for Academy members and students with a valid ID. Tickets may be purchased online at www.oscars.org or by mail (a printable order form is available in the Events & Exhibitions section of the website). Tickets may also be purchased at the box office prior to the event (subject to availability). All seating is unreserved.

Posted by Schmoozequeen at 9:31 AM No comments: Links to this post 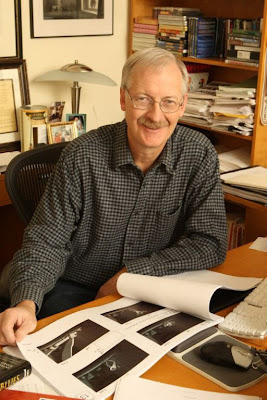 John Musker is no stranger to successful animated films. He and partner Ron Clements helped to refresh the Disney catalog and the animation field as a whole with outstanding films such as The Little Mermaid and Aladdin, creating a new generation of memorable characters. In a world of CG animation, Musker made a bold move to return to hand-drawn films which paid off by way of this year's Oscar nomination for The Princess and the Frog.

Selected Filmography: The Princess and the Frog, Waking Sleeping Beauty, Treasure Planet, Hercules, Aladdin, The Little Mermaid, The Great Mouse Detective, The Black Cauldron, and The Fox and the Hound.

Posted by Schmoozequeen at 9:02 AM No comments: Links to this post